How Long Does It Take to Develop a Mobile App? 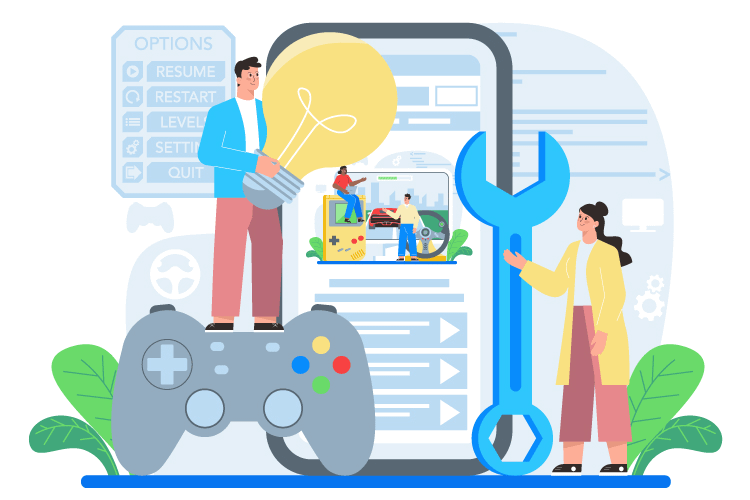 When you have an app idea, you are bombarded with thoughts, and various questions begin to haunt you. The second most frequently asked question, after ‘How much will it cost?,’ is ‘How long will it take to develop a mobile app?’ It’s natural to have this question, especially when competition is so fierce that a diverse range of apps are being released on the app market every day. Many of our clients found it difficult to answer this question, so we’ve defined how to get an estimate of the time span involved.

For starters, it’s nearly impossible to predict when the initial release will be ready to hit the market. Even if you have a good idea of what your app will do and who it will entertain, there are a number of uncontrollable factors. As a result, the time it takes an app development agency to develop the app can be affected.

Depending on the platform you select, the amount of time and work needed to create a fully functional app will vary. According to our experience, both platforms require a significant time commitment, although Android still requires more time. This is brought on by the difficulties in developing applications for a greater range of devices due to fragmentation. Even while Google has been improving and refining the Android Software Developers Kit (SDK) over time to handle a variety of screen sizes, OS versions, pixel densities, etc., the iOS platform still needs a lot of work before it can be overtaken. Similar to this, the Android platform takes less time to approve apps than the iOS platform.

Our skillful team of iOS and Android app developers in our Mobile App Development Company is well-versed in the common difficulties and solutions.

The degree to which the mobile app developers in Malaysia comprehend your concept is crucial in determining the time frame. The developers can simply comprehend and carry out the plan if your idea is overly straightforward, such as merely a copy of any other software or something similar to the allpaper app. However, if you are creating an application with some novel and distinctive features, you must take extra time to make your point. And this is essential because better understanding leads to better results.

Once again, the features you want to add in your mobile application development will affect how long it takes to develop from scratch. The more features there are, the longer it will take. Once more, it matters what kind of feature or functionality you want to include in your programme. Depending on how sophisticated the functionality is, certain aspects may be simple to implement while others may require a little more work and time.

When opposed to those for a bigger audience, such as 50,000 users, developing a mobile app for a small number of concurrent users, such as 1000 users, includes less considerations. According to what we know, a larger audience application requires more architecture, infrastructure, performance testing, and tuning. All of these elements increase the time needed to create an app.

We think that a bug-free, fully functional programme is more successful than one that was released earlier but crashed. As a result, we take the time to run all the tests and ensure that the app complies with all the important KPIs.

The method you use greatly affects the amount of time needed for development. A good process aids in completing everything on time, including planning, designing, developing, and testing. While an improper technique could lead to overall imbalance.

In addition, we favour working on numerous modules concurrently as opposed to individually. This is done so that more outputs can be produced in a shorter amount of time.

If you have a mobile application idea that you have in mind, Join us at Digitalfren, a Mobile App Development Company that be apart of your every single step of the process.

How will Blockchain Technology Impact The Media & Entertainment Industry?
September 20, 2022

What is Blockchain Technology, and How Does it Work?
September 20, 2022

How Web Development is Important to Succeed your Online Business?
September 20, 2022