What is the impact of Augmented Reality on the games industry? 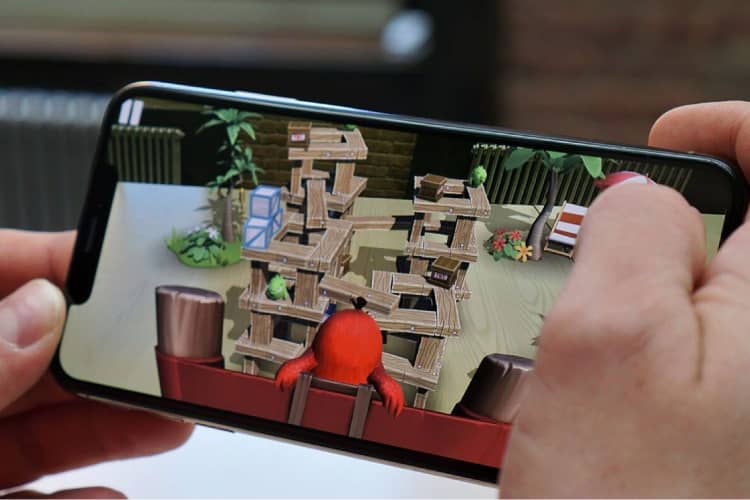 The world has undergone a change thanks to augmented reality (AR), particularly in the gaming sector. The primary consumer market for augmented reality technology is the video game industry since it is now accessible to all without the need for expensive headgear and because it allows players to feel as though they are on an adventure while exploring the globe.


Many Augmented Reality Companies have invested a lot of research and time in developing AR Games because games that use augmented reality produce a realistic image along with audio and other sensations to provide players with imagined experiences that encourage their physical presence in the surroundings. Users will discover through augmented reality (AR) a fully virtual world that completely replaces the real one and is controlled by body gestures as they become more demanding and seek out ever more immersive gaming adventures. Therefore, this marks the spectacular start of Augmented Reality app development. According to a new survey from Newzoo, 69 percent of PC players play mobile games at least once a week, indicating that the relationship between AR and the games industry will only continue to develop. But that’s not all; since 2016, the gaming market has been dominated by mobile devices. Because of an increase in the average spend and the fact that more and more consumers will have access to smartphones in the future, it will continue to expand more quickly than PC and console.

How will AR bring revolutionary changes to the world of games?

Games that use augmented reality have become so sophisticated that they genuinely interest players. To provide customers with a seamless and immersive experience, manufacturers in the gaming sector have introduced innovation beyond all comprehension.There are various advantages:

AR technology is renowned for fusing the physical and digital worlds, giving users an almost surreal experience. Real-time communication will improve how players perceive one another globally and encourage the development of more immersive levels.

Gaming has expanded beyond the realm of pure entertainment as augmented reality has developed. In order to boost user involvement, industries like medical, tourism, education, and entertainment have turned to AR interactions

AR is unique not just for the whole experience, but also for the adaptable and captivating material that game creators have carefully coded. Developers give top-notch unique content to better serve the target market.

What is Gamification? What is it for?

The process of employing game mechanics and game thinking to engage users and find solutions is known as gamification. In order to affect user behaviour, boost motivation, and promote involvement, game components are applied in non-game circumstances. Gamification may be used in a wide range of industries. The three that matter most are marketing, internal training, and education. Gamification makes it possible for teachers to teach in new ways and for students to learn in new ways in the subject of education. Even in the absence of explicit prizes, gamification methods encourage involvement in order to push oneself or others and have an interesting learning experience. Gamification makes subjects move from being inactive observers to active participants. In fact, unlike in a real-world circumstance, when players in a game meet a problem and are unable to overcome it, their self-esteem is not damaged but rather encouraged to try again. Employers utilise “Workplace Gamification” to design work settings, procedures, and activities that excite and motivate staff members while also establishing mechanisms for their training. Gamification logic can be incorporated into advertising campaigns and “lead generation” in the marketing industry to enhance conversion rates by making potential customers more interested in the product. Gamification has the power to hold a user’s interest and present them with new challenges on a regular basis. It has been demonstrated that this process encourages all parties involved—students, employees of the organisation, or workers—to think laterally in order to solve a problem, allowing them to learn new information, hone new abilities, and in some circumstances, alter their behaviour.

What are the best Augmented Reality games on iOS and Android?

Augmented Reality games fit into various genres just like “regular” video games do. The most popular type of augmented reality game is an adventure game, which uses geolocation to turn the user’s position in the real world into the game’s setting and combines a distinctive plot with fantastical creatures and challenging missions. The user can wander around the actual world and complete the most astonishing quests with a GPS-enabled smartphone. Thanks to the usage of augmented reality, even sports game enthusiasts will be able to play basketball or go trekking with just their smartphone.

#1 The Walking Dead: Our World

Pokemon GO and The Walking Dead: Our World share a similar idea. This augmented reality survival game, which is based on the well-known TV programme and comic book series, will send the player outside and on an exploration to gather supplies, find valuables, and save survivors. As you progress through the game, you can unlock new characters with a variety of skills and traits. You can also participate in cooperative challenges with pals. You can also document mission highlights in The Walking Dead: Our World and post them on social media.

This game brings back a bygone craze: the Tamagotchi, the well-known virtual egg that was revived in an entirely new form. colourful, with recognisable stylized images, and quite simple to understand. By feeding, cleaning, and putting the pet to sleep at the appropriate times, the goal is to keep it alive and content. This game is easy to learn and good for all ages.

This new Harry Potter game, which was also made by Niantic, gives players the opportunity to simulate becoming a wizard or witch. Millions of people have downloaded the game on Android and iOS despite its recent availability. Your phone’s camera will allow you to interact with wizards, magical items, monsters, and more. Rewards that will help you level up and improve your wand can be earned as you progress through the levels. The user can also interact with his favourite Harry Potter characters in augmented reality. With the speed of development of AR technologies for smartphones, there will be many surprises, with new categories of games. An exciting future for gaming that will touch and exceed its limits. Here at Digitalfren, as AR App Development Company we strive to produce our best work possible that meets all of your expectations.

How AR and VR can transform the gaming industry?
August 9, 2022